Well, this is totally unrelated to the work I do, it’s that time of year when the ghouls and the ghosts start knocking on your door demanding sweets, Yes! Halloween isn’t to far away now.

I really don’t mind Halloween, but what rattles my cage is the humdrum nature the major stores dish out the same old crap, mild Horror Masks, Punkinheads, Dracula the list could go on. Yes I know fancy dress shops have a better range but it’s still that mass produce turd they keep dumping. So when my 7 year old daughter asked if she could get dressed up as a Ghostbuster, I was chuffed, no peer pressure from me, honest!

For me Ghostbusters will always be my favorite film, I saw it when I was 8 with my older brother and cousin, it had great special effects considering the year it was made, funny story and great cast. But for an 8 year old there wasn’t any Ghostbuster toys that I could have played with back in the good old 1984.

I was a little to old for any Ghostbusters 2 toys in 1989, any toys that I can remember from the second Ghostbusters film wasn’t that good either, I’d have wanted a bangin light up Proton Pack as close to the one in the film that had all the major sound effects, but I don’t think I ever saw one.

So, with my daughters request of wanting to be a Ghostbuster for Halloween I’ve dusted off my old Model Making skills I gained at Cleveland College of Art and Design (Ridley Scott’s old college by the way, just thought I’d drop that in) to build a Ghostbuster Proton Pack, it’ll be built on a smaller scale to the one in the films and it won’t be identical in parts used, I’ll do my best to make it look mean. Sourcing bits and bobs over the Internet Super Highway to give it a bling, suit, boots and other accessories.

It took about a month or so of nights and weekends to build the Ghostbuster Proton Pack, as for the cost goes it wasn’t cheap, there was a lot of bits I bought that I didn’t use, let’s just say over £200 for the whole lot, but it was worth every penny as I enjoyed making it and my daughter looked the biz at night-time going trick or treating. 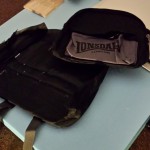 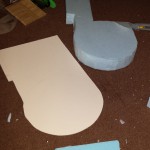 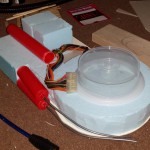 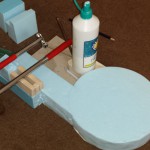 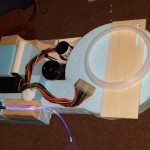 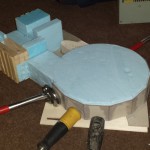 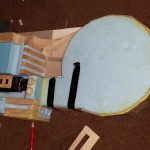 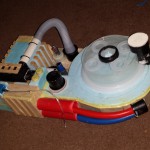 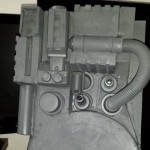 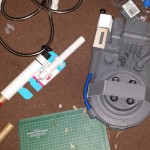 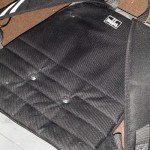 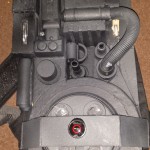 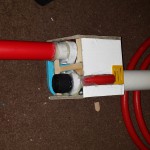 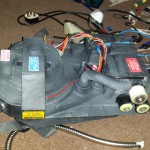 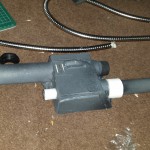 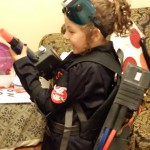 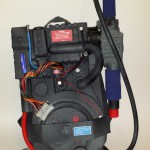 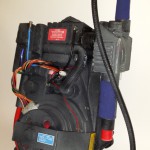 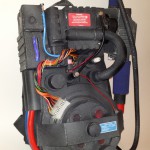